Tourist Information Centre in Oświęcim
Jesteś tutaj: You are here: Du bist hier: MSiT EN >> For the tourists >> Oświęcim ... and where next? >> Trzebinia and around >> 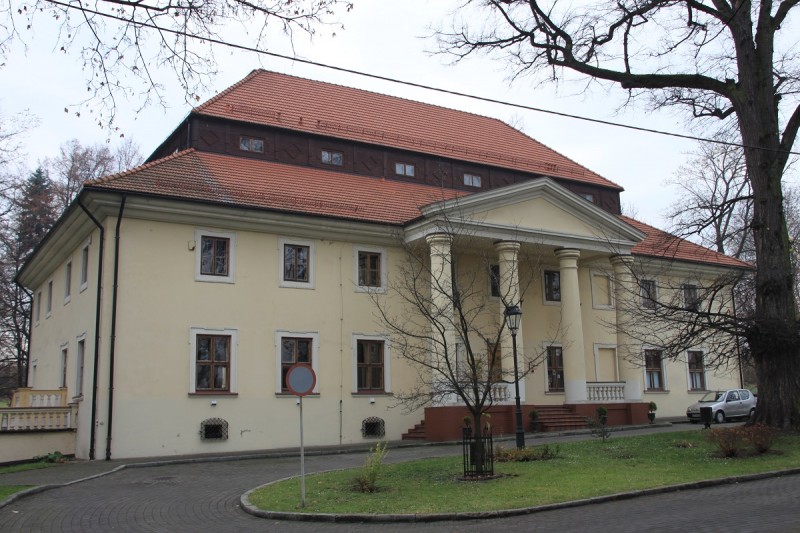 The history of the manor house goes back  to the 13thcentury, however the first stone building was probably erected only in the late 14th century. The manor house bears a lot of features characteristic for old Polish manor houses including a broken-line mansard roof and a portico with four columns from the roadside. This shape probably dates from the early17th century. Before that the manor house was probably a residential watchtower on the road from Olkusz to the river port in Okleśnia used for transporting lead and silver one. The last owners of the manor house were Paulina and Marian Zieleniewski from Borysław (from 1920). At present Zieleniewski Manor House is the seat of cultural institution that organizes a number of concerts, exhibitions and invites interesting guest for lectures and discussions. Zieleniewski Manor House also offers high standard guestsrooms and in the stylish basement a restaurant and a cafe were opened. 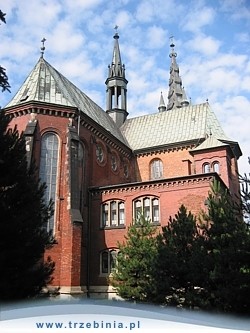 The Sanctuary of the Mother of God of Fatima in Trzebinia

In 1901 the Salvatorian monks founded a new order in Trzebinia – the first one in the Polish territory. In 1910 the cornerstone of the church building – designed in the neogothic style – was consecrated. The construction works were interrupted by the outbreak of World War I. They were resumed as late as 1954 and completed in 1961. The Church of the Holiest Heart of Jesus in Trzebinia is famous for its miraculous statue of the Mother of God of Fatima brought from Fatima in 1962. In 1967 the figure was moved to a separate chapel. In 1997 it was ceremoniously crowned with the papal crowns and the church officially became a Sanctuary of the Mother of God of Fatima (the first night vigil was held 47 years earlier on 13th May 1950). The church and the monastery are surrounded by a spacious park with a grotto containing a figure of the Mother of God. 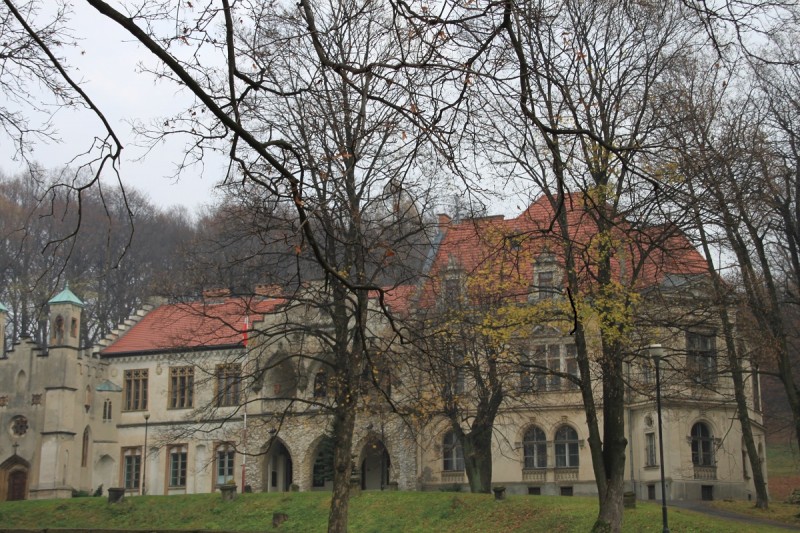 The Palace and Park Complex in Młoszowa

Where a 17th century manor house once stood, the new landowners – the bourgeois Florkiewicz family – built a residence in the 19th century resembling a medieval castle. The owner tried to convince his contemporaries that he was ‘reconstructing” an original castle building. The “renovated” castle was consecrated on 11th January 1862. At present the palace and park complex is a neogothic object, comprising the palace and the adjoining chapel. 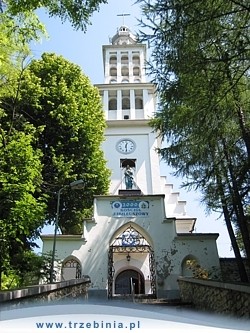 Sanctuary of Virgin Mary in Płoki

The first stone church building on Zagajnik Hill in Płoki was erected in the early 14th century (the parish was established in 1314). After the fire in 1793 it was rebuilt in the classicist style as a much smaller building which was demolished due to its poor technical condition in 1949. The present church building was completed in 1954. Its greatest treasure is the miraculous painting of the Mother of God with Child from the late 15th century by an unknown artist. It is the oldest painting in Trzebinia. The picture was painted on wood in tempera in the fashion of the Byzantine iconographic style Hodigitria. It was crowned with papal crowns in 1982. The Sanctuary of the Mother of God and Patron of Polish Working Families is one of the most important centres of the cult of Virgin Mary in the Cracow Archdiocese. In 2007 it was placed – along with the Sanctuary of the Mother of God of Fatima in Trzebinia – on the international pilgrimage route leading from Częstochowa to Mariazell in Austria.